The connection between Roma of Hungary and Dalits is not known to many but my collaborations at Jai Bhim Network Hungary (Roma organization in Miskolc) has established a school for Roma rooted in the self-determination philosophies of India’s greatest Dalit liberatory figure Dr Ambedkar, father of India’s constitution.

One of the main problems at the school is that Roma students don’t have ambitions, self-awareness, or self-worth and accept the negative image portrayed by hostile media and government. One of the reasons they don't have aspirations or ambitions for higher education is lack of role model for them from whom they can get inspiration. A person gets inspiration from others with whom a person can associate himself/herself and from someone who has gone through the struggle and overcome challenges and have achieved some glory. Many Roma students don't find that role models in their life, neither at home nor in the society.

Lack of motivation, interest, lead these Roma students at the Jai Bhim Network school to drop out of the education system. So, the idea is to bring Roma Heroes (can be any Roma who has achieved some glory) to these young students so that they can learn from the struggle of others and try to achieve higher goals. 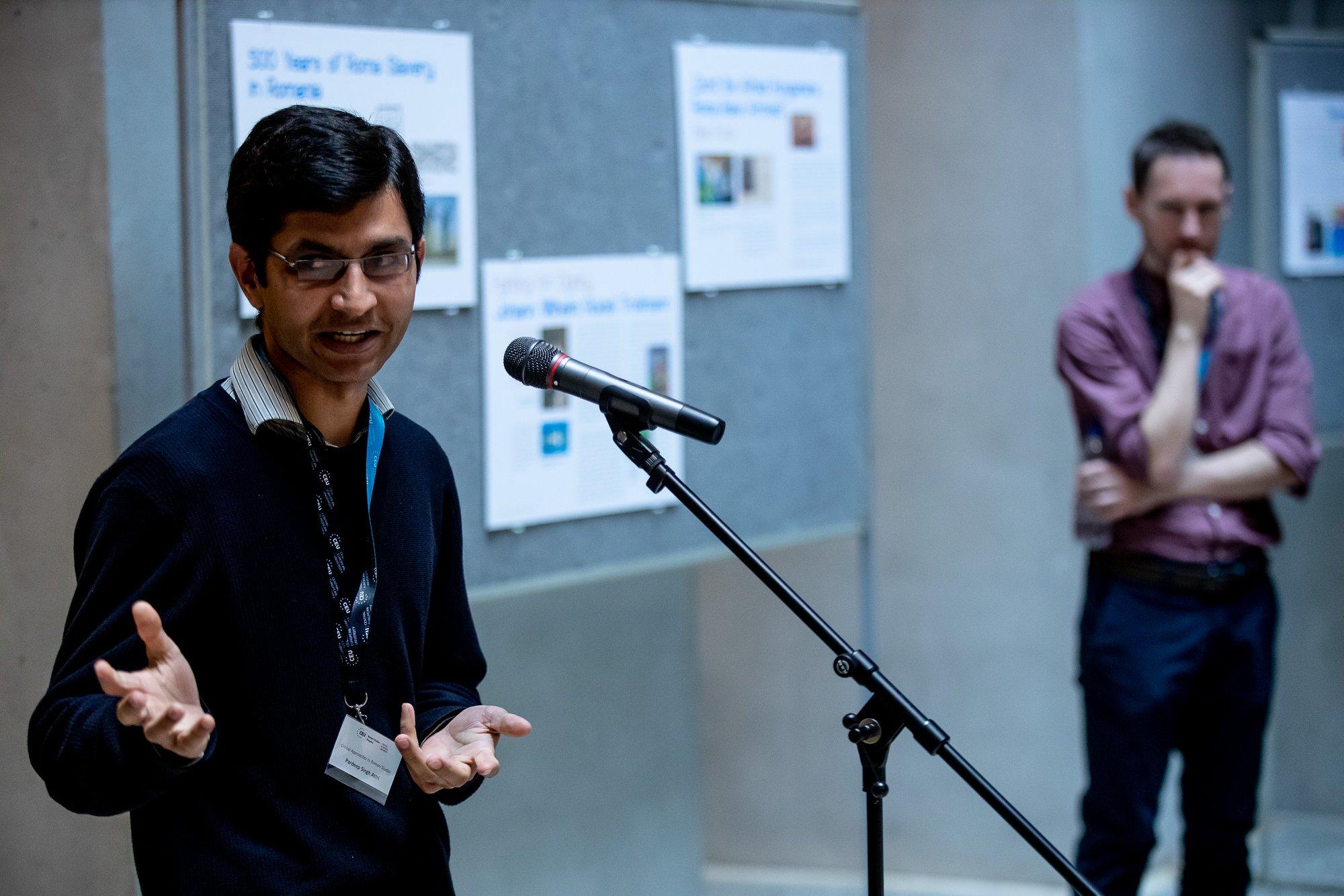 The project intends to deal with the staggering issue of homelessness in Hungary. By creating a one-night social event it aims to raise awareness for the inhuman conditions that people without homes in Hungary have to live in. It plans to create a platform for fundraising for organizations devoted to help homelessness.  Additionally, the event wants to make a step towards bridging the gap between those without a home and those with one by creating contact between CEU members and homeless at this unique event. The first version of the project will be run on the smaller CEU level, and may potentially expand to involve the local Budapest community.

We see people on the street on a daily basis, yet it is easy to dismiss the issue once we go back to our warm homes. The essential idea behind the project would be to feel it on our own skin how is it to be homeless. For this the project would take the shape of a sleep-out event in a park or enclosed area outside where people would gather to experience together how is to spend a night in the cold, without a shelter, without a home. Besides raising awareness, the project’s aim is also collecting money, thus participation at this event would require a donation. Collaboration with various organizations advocating on behalf of the homeless would help define where the money would provide the most support. The event would involve organisations presenting their work, holding workshops, but more importantly homeless participants themselves who would share their stories, their survival strategies and the state of homelessness in Budapest. 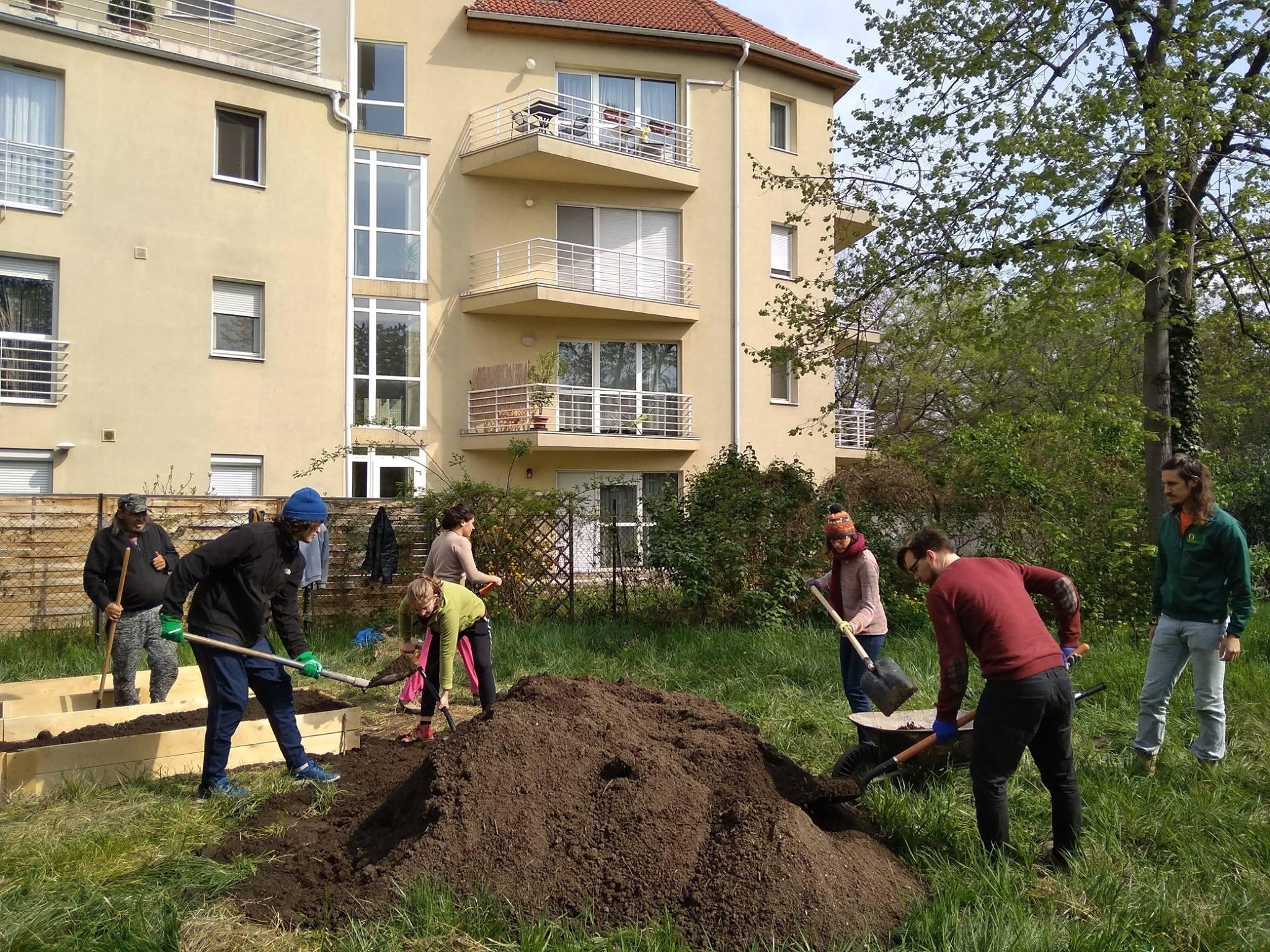 Our project looks to set up an online community radio in Budapest. Historically community radios have been open spaces where various groups were welcomed to participate. Community in this context starts small: most of the people we will work with and will address are connected to inner city Budapest. The tools we need to make this happen are very accessible: recording equipment, trainings, people and ideas. We imagine the radio as being a place where people from several organizations learn how to use an exciting medium to convey their message, learn how to communicate with know and unknown publics, and discover new ways of cooperation in the process. Our team’s involvement will be in procuring audio equipment for an organisation, giving trainings on how to use this equipment and how to produce audio content, and finally we would be involved in the initial stage of programing . However, we do not want to become the managers of the radio. We would like to see one of our partners taking over the radio as a space, but one that is left open for others to use. The radio programs produced will be hosted on our partner’s online platforms, on streaming and podcasting platforms, and might even be syndicated to other media outlets. The aim of the project is to develop media skills, to open up the media space in the capital to underrepresented groups, and to facilitate communication between these groups and non-traditional allies.

The project looks to address the under-representation of certain groups and ideas in Hungarian media today, the lack of media production skills in certain segments of society, and the shrinking space of dialog in our community. Single mothers, homeless people, inhabitants of peripheral neighbourhoods, critical journalists, activists and artists that work outside the mainstream have limited channels of communication, compared to actors such as political parties, members of the government and other public personalities. The projects will address these needs, initially at a very limited scale. By offering audio recording and production trainings, we are hoping to address a skills gap in media production. By procuring basic recording equipment and creating an audio recording space, we are hoping to cover a resource gap. Finally, by creating one or several platforms of dissemination and dialog, we are hoping to contribute to social dialog between groups who have a natural affiliation, but also between them and the wider Hungarian society.

The Project idea is to establish a PILOT class to demonstrate viability of a Bard College Clemente-affiliated or Clemente-type course in the Humanities and Social Sciences in Budapest which would enable disadvantaged residents of Hungary to participate at the university (undergraduate) level in courses covering such topics as: philosophy, history, literature, art-history, sociology, anthropology, environmental studies, and academic writing.

The PILOT course would be a single introductory class in Philosophy taught in English once a week in the evenings during the CEU Winter term.  Each class would be 120 minutes long with a maximum of 25 participants, with a total of 12 classes (over 12 weeks).  Participation would be competitive but open to any English-speaking resident of Hungary who could demonstrate that they are capable of participating in English at a sufficiently high level but who otherwise have been unable to participate in university level education, either because of low income or another disadvantage, e.g. work constraints.

Bard College Clemente courses exist in many parts of the US and also outside the US.  Their shared aim is not to give participants practical qualifications for employment purposes, nor to be a launch pad for degree studies, but to provide the opportunity for educationally disadvantaged people to participate in the great ideas of western civilization.  According to the vision of the original founder, Earl Shorris, this is not a practical goal, but a good in itself, as it promotes and nourishes the Human Being and the Citizen.   Adults who participate in the discussions of philosophy, history, literature, and art that constitute the Course become more articulate, more intellectually and politically aware, with a greater capacity to promote and improve themselves and their communities.  The Clemente project keeps an ongoing record of testimonials from participants which show that this is not just an abstract goal but a real and tangible benefit.

Further information about the Bard College Clemente Course can be found here:

Our aim is to lay the groundwork for the successful operation and expansion of the Gólya Community House in its new location in the 8th district of Budapest. Over the last seven years, Gólya has operated as a community and cultural space, and has aimed to serve its neighbourhood by welcoming – and reaching out to – local residents, and providing a platform as well as infrastructure for community self-organization.

Our goal is to ensure that it carries on this tradition in its new home – in the long term and in a sustainable manner. Therefore, we would like to organize a large-scale community campaign to

-establish ties with local residents, and get to know the neighbourhood through their eyes,

-introduce Gólya’s mission and invite contributions from local actors to shape the organization,

-conduct surveys, assess and respond to – expand services based on – local needs,

-facilitate dialogue between organizers of the community house and neighbouring residents,

and on the whole, ensure that Gólya, as a long-term enterprise, takes root in the neighbourhood.

The local community consists of members of various social groups and classes, and is ethnically and culturally quite diverse, and thus fragmented. As part of Gólya’s mission, we would like to facilitate dialogue between these groups, identify common needs and goals, and help build a healthy community that not only recognizes social differences, but actively moves towards equalizing those in a communal way and through solidarity.

In addition to addressing longstanding issues related to poverty in the area (housing poverty, unemployment, access to quality education, malnutrition, structural violence), one of the first tasks of Gólya will be to organize community forums where the locals can articulate their personal needs and share their ideas.

The community campaign will help lay the groundwork for Gólya to accomplish these goals.